Writing prompts and story starters for every genre

We all have an innate love of stories. They spark magical thoughts and improve willingness to communicate feelings, thoughts and experiences. A good story stays with you and can shape understanding, language development and writing motivation.

When writing stories, the difficult part is often getting started. That's where story starters or writing prompts come in. Story starters spark children's imagination, helping them to imagine the plot, the setting, or the characters and then build their own story around them.

When we launched Pobble 365 originally, we didn’t know just how strongly it would take off. These days, though, we have a community of hundreds of thousands of teachers around the world logging on daily to find free writing lesson ideas, and artists who generously share their work to inspire students.

Click through to find a unique, engaging image every day of the year, with story starters, analytical questions and writing challenges for your class. With a Pobble account, you can save these lessons to use later and access the Pobble Writing Bank - the world’s largest bank of children’s handwritten work, sorted by age, genre and topic. Ideal for exemplification, finding ideas and lesson inspiration.

Here are some of our favourite story starters for your class, whatever genre you’re looking to teach: 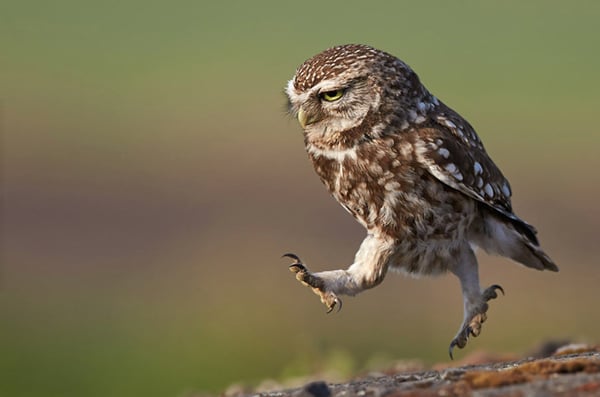 “His coal-black pupils, an island set in a sea of molten gold, stared straight ahead of him. As he broke out into a run, his needle-like talons made a sharp, scraping sound against the lichen-covered rocks beneath him. The wind gusting behind him would be beneficial as he took his leap of faith off the cliff top. It was always a risky business, but when an opportune moment like this came around, he had to make it count…”

See more tasks based on The Feathered Hunter or search adventure lessons on Pobble.

“The King had known that the gift he presented to his children on their 5th birthday was dangerous. He was prepared to take the risk of letting them own a pet dragon, however. One day, the twins would rule the kingdom together, and they would need all the help they could get. No-one could deny that a dragon was a powerful ally! Before that day, though, the children had much work to do. They had to train their dragon!”

See more tasks based on A Dangerous Pet or search 'fantasy' lessons on Pobble.

“Timidly, she pushed back the branches and peered into the clearing. Sunshine drenched the ground as it poured through the canopy above. She had been following the trail of clues for days, and she had finally reached her destination. Were the stories true? Was this really the place people in her village had talked about for centuries? She hoped her own story would have a fairytale ending, but in the back of her mind a sickening thought arose – what if something more sinister waited ahead?”

See more tasks based on Fairytale or search 'fairytale' writing on Pobble.

“Two mysterious portals had appeared in the twilight. The first door burst open and beams of light poured through, filling the countryside with a warm, amber glow. Sleepily, a man stumbled over the cool grass in a dream-like trance. The Earth seemed to stand still. Everything seemed to have stopped. All he could hear was the distant rumble of thunder, and the constant drone of the television within. He was now just a few steps away. What lay beyond the mysterious door ahead? What might that world be like?”

See more tasks based on Opening Doors or search 'mystery' lessons on Pobble.

“It came from the sea, calmly at first. An enormous, slithering tentacle slowly oozing its way over the top of the sea wall, exploring the metal and concrete shapes with suckers the size of your front door. Then, as more and more people came, and shrieks and cries of alarm filled the air, the creature became angry. All hell broke loose…
In an almighty tangle of limbs and water and buildings and people, the beast came violently exploding out of the frothing water. The normally sturdy metal supports of the buildings groaned under the extreme weight of the gigantic tentacles crushing them. Panic. Complete panic set in. But where had the creature come from? What did it want? How could anybody stop it? There wasn’t time for people to think. Only to run…”

See more tasks based on Creature from the Deep or search 'science fiction' lessons on Pobble.

"Ulrik had always been the strongest man in the village: it was said that he could lift a cart all by himself! Growing up, his father, and his father before him, had been builders. He had even heard that a great uncle of his had been a mighty warrior! Ulrik, however, dreamed of a different path. He had always wanted to be a blacksmith. Sure enough, Ulrik grew up to be the best blacksmith in the whole country. Anything you wanted made, he could make it! That was until a fateful evening on a snowy night, when he was visited by a darkly-cloaked, mysterious man…”

Can your class continue the story of The Blacksmith?

See more tasks based on The Blacksmith or search 'myths' on Pobble.

There's more! You can edit these lessons or build your own using our unique writing slides, then present, print or share in class or remotely. Our pupil tools allow you to share lessons with pupils in school or at home so they can write, improve and publish their work. Ready to learn more?

Get awesome teaching ideas in your inbox each week

Stay up to date with Pobble, be inspired by our teaching community and learn something new. Subscribe to the Pobble blog.

Looking to improve writing in your school?

Pobble provides everything you need to teach, improve, and assess writing. Visit our website to find out more.