12 powerful poetry types to teach your class - with examples!

There are many forms of poetry all with different characteristics and structures. The interplay of words and rhythm can help children understand and appreciate the world around them and find new ways to articulate their feelings and thoughts. Here are 12 powerful poetry types to try with your class:

Haiku poems focus on one simple thing, themes usually deal with nature, weather, animals or the seasons. The structure consists of 17 syllables divided into three short lines of 5, 7, and 5 syllables that do not rhyme. There are lots of examples of Haiku written by children on Pobble. Click here to browse.

This lyrical style of poetry is derived from the Italian word sonetto, meaning “a little sound or song". A sonnet has fourteen lines that each follow a specific rhyming pattern and each line has ten syllables. Nature and love are perfect topics to write sonnets about. See examples of how fellow teachers are teaching sonnets here.

Perhaps the most simple, poetic form. An acrostic is when the first, last or other letters in a line spell out a specific word. The word is the subject of the poem. You'll find examples of acrostics from writing lessons around the world here. They cover everything from aliens to The Queen!

There are a few rules to writing diamante poems. They have seven lines that follow a strict pattern. The first and last lines have one word, the second and sixth lines have two words and the third and fifth lines have three words. On top of that, lines one, four and seven have nouns, lines two and six need adjectives and lines three and five need verbs. Check out these examples of diamantes. 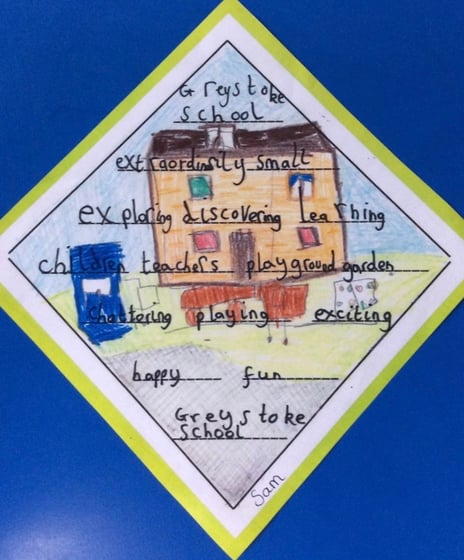 Tanka poems are similar to Haiku, but they have more syllables. They are usually written about strong emotions, nature, or seasons. If you're planning a lesson on metaphors, similes or personification then Tanku writing is ideal! Check out these creative teaching examples.

These elaborately structured poems express emotion and are mainly used to celebrate or praise an idea, place, thing, or person. The tone is often formal and brings an opportunity to try using rich, descriptive language in your lesson. Search 'Ode' on Pobble to see some examples. We especially like this 'Ode to a Cornish Pasty'!

Ballads tend to be narrative poems. They are like light, simple stories sometimes set to music. They're often sentimental or romantic. Fancy writing ballads with your class? Check out these examples.

Limericks are usually short tales or descriptions told in a humorous way. These fun poems consist of five lines. The first, second and fifth line rhyme, while the third and fourth lines are shorter and share a different rhyme. These examples from pupils around the world will make you smile and give you inspiration for a limerick lesson of your own! See them here. 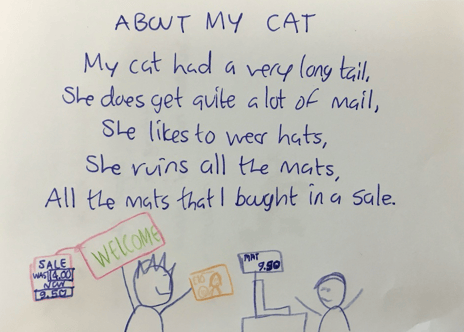 Cinquain poems follow a strict pattern with only five lines. They have two syllables in the first line, four in the second, six in the third, eight in the fourth line, and finally two syllables in the last line. Cinquains are dedicated to one subject, they don't need to rhyme, but can do. There are lots of examples of Cinquain written by children on Pobble. Click here to browse.

Calligrams are more commonly known as shape poems. The text of the poem is arranged in such a way that it forms a visual representation of the word itself or represents an aspect of the poem's subject. A picture made of words! See examples of how fellow teachers are teaching sonnets here.

Kenning's are derived from Norse and Anglo-Saxon poetry. You take two nouns per line, side-by-side and combined using hyphens. Then use them as a mild translation or metaphor for something else. The aim is to describe something without actually saying what it is. You'll find examples of kennings from writing lessons around the world here.

Set your class free with no rules (in their poetry writing of course)! Free verse poetry has no consistent structure, patterns or rhyming and can have lines of any length - from a single word to much longer. See examples of how fellow teachers are teaching free verse here.

Get awesome teaching ideas in your inbox each week

Stay up to date with Pobble, be inspired by our teaching community and learn something new. Subscribe to the Pobble blog.

Looking to improve writing in your school?

Pobble provides everything you need to teach, improve, and assess writing. Visit our website to find out more.